On the twentieth anniversary of his death, the Island of Capri pays homage to the great Vittorio Gassman with a special photographic exhibition.

The desire to honor Gassman’s character stems from the intention to celebrate the most notable achievements of the personalities who contributed to creating the history of Italian cinema.

The event is organized by the Capreae Sirenum Tellus and Il Sogno di Ulisse associations in collaboration with the Centro Sperimentale di Cinematografia and with the patronage of the Municipality of Capri.

The exhibition “Vittorio Gassman, il mattatore” will be inaugurated at the Sala Luigi Pollio – International Multifunctional Center on Thursday 10 September at 6 pm and will remain open until 19 September, visible every day from 10:00 – 12:00 and 15:00 – 7:00 pm. 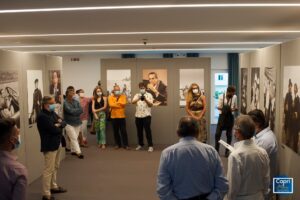 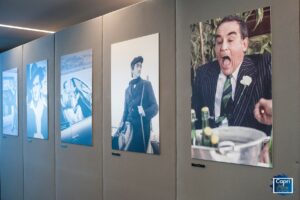 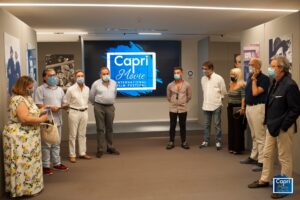 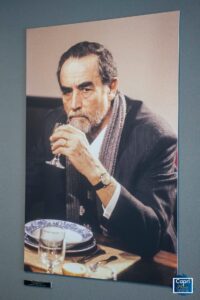 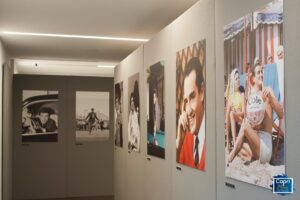 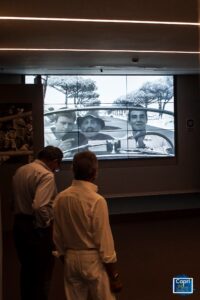 In a few minutes he gave us the sense of frustration and inadequacy of a child who carries the oppressive weight of his father’s depression, who is unable to follow his son or be a mentor or playmate for him. With this short the director wants to show, combining a little veiled criticism, how in today’s world everything is delegated to television in which it’s possible to find, with an original twist, the same means of connection between father and son, creating the foundations of a new emotional relationship.

They have been able to illustrate tell a period of profound historical change through the eyes of two children. In this change football becomes a metaphor for the struggle for the national identity of the people, as well as for struggle for the territory of Palestine and its freedom, which is just mentioned in the film. Here the youthful innocence, as well as the autobiographical story of the director and his brother during the 1990s World Cup, represents that passage full of expectation and frustration towards the personal growth of an entire people.

They have been able to tell a story that knows how to keep the audience with bated breath.
In an emotionally cold Bologna, populated by thousands of characters, the result of the media dominion, there the protagonist moves silently. In this new world the vaccine against prejudice is in the trembling hands of an elderly wise man – Herlitzka, totally at the service of history – thus managing to restore that humanity which today seems to be increasingly rare and, for this reason, even more precious.

He has been able narrate a story, in its whole, that is inspired by a legend.
The director’s kind homage to the roots of his territory rich in myths, the Amalfi coast, has been composed by great acting skills, a believable script and a continuous symbolic reference to the sea. Here there is no modern tendency to flaunt great technological means, leaving all the emotional load to the solidity of the narrative, without frills but with an overall authenticity.

He carefully interprets the protagonist of a plausible story, managing to render the character itself in an intense way with a few lines and, above all, with looks full of meaning. He denoted a profound and adequate preparation of the role, and he succeeded to convey that almost fearful feeling of disturbing, even in his very existence, but without losing the sweetness of those who, despite having struggled and suffered a lot, do not lose faith in the near and the future.

She performed a well-written character, characterizing it with passages of thought and shades that denote a deep inner search making the character true, believable, real and intense in all its facets, even in the most complex that are left to facial and body expressions, to reach an emotional epiphany that will become the object of a new rebirth.

He told us the feelings that move the two characters almost exclusively through images and with the help of a few, simple words. He made us understand it all with a direction created by beautiful shots which never end in themselves. With poetry, delicacy and focus on the bodies and the gazes of the actors, Sorcinelli has wisely illustrated a story of welcome and solidarity, albeit through linguistic and cultural barriers, giving the viewer hope.

He has been awarded for the originality and the courage to pursue a unique idea, that at times seemed almost absurd, but it ever fell into the grotesque. He carried it forward through the ironic and irreverent language of the mockumentary, from whose rises also an interesting reflection on the world of television and talk shows. In this short is also harmoniously combined a homage to the silent cinema of slapstick comedians.