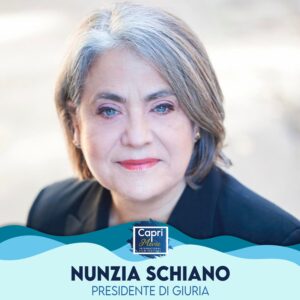 NUNZIA SCHIANO (President of the Jury).

Born and raised in Portici (Na), where she attended the Liceo Orazio Flacco, she is known to the general public for the role of Mattia Volpe’s mother in “Benvenuti al Sud” (2010). She has been reconfirmed in the same role in the sequel “Benvenuti al Nord” (2012).

Nunzia Schiano mainly plays comic roles, as evidenced by “La valigia sul letto” (2009), with Eduardo Tartaglia and Biagio Izzo. She has collaborated several times with Alessandro Siani (“Ti lascio perché ti amo troppo “, 2006) and starred in Leonardo Pieraccioni’s movie ” Il paradiso all’improvviso ” (2003). In 2011 she is in the cast of “Napoletans”, by Luigi Russo, with Maurizio Casagrande and Massimo Ceccherini and also in the cast of “La kryptonite nella borsa ” by Ivan Cotroneo. In 2012 she plays an aunt of the protagonist of Matteo Garrone’s “Reality”. In 2015 she is in the cast of Francesco Albanese’s “Ci devo pensare”, with Francesco Albanese and Barbara Tabita. In 2016 she plays the mother of the protagonist Enzo Iupparello in Sergio Colabona’s film “Vita, cuore, battito”. Among the latest films in the cinema: “Nove lune e mezza” by Michela Andreozzi (2017), “Dogman” by Matteo Garrone (2018) and “Se son rose …” by Leonardo Pieraccioni (2018). Also worthy of mention are some significant participations in generalist TV dramas, such as in “Rimbocchiamoci le mani” with Sabrina Ferilli on Canale 5 in 2016, “I Bastardi di Pizzofalcone” in 2017 and in 2018 “L’amica geniale”, and for Fox “Romolo and Giuly, la Guerra mondiale italiana”. She is very appreciated and always busy in the theater, between one set and another. 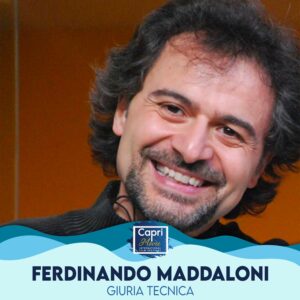 Actor, director, writer and actor’s coach, he attended the La Scaletta Theater school in Rome directed by Giovanni Diotajuti; he made his debut at the Taormina Festival ’87 in the company of Gabriele Lavia in William Shakespeare’s “Macbeth” followed by Sophocles’ “Edipo Re” He passes into the company of Luigi De Filippo interpreting texts by Machiavelli (“La mandragola”) and Scarpetta (“L’amico di papà”, “’ Na Santarella”,”Miseria e Nobiltà”). He deals with texts by Pirandello and young contemporary authors in the company directed by Nello Mascia. He plays with Anna Mazzamauro in “Eva contro Eva” directed by Gino Zampieri. In the 2015/2016 season, he plays the double role of assistant director and interpreter of Avvocato Nocella, in Eduardo De Filippo’s masterpiece “Filumena Marturano” with Gloriana directed by Nello Mascia. In the 2016/2017 season it is Vittorio Elia in the staging of “Christmas at the Cupiello house” with Luigi De Filippo.
In 2017/2018 he played Jack, Monica Guerritore’s husband in “Mariti e moglie” from the Woody Allen movie of the same name with Francesca Reggiani. On television he is the protagonist of “Non è vero ma ci credo” by Peppino De Filippo in the role of the hunchback Sammaria for the Palcoscenico ’92 series and, again on Rai Due, interpreter of “Cani e gatti” for Palcoscenico ’96. In cinema he works with Pasquale Squitieri in “Atto di dolore”, in the German TV film entitled “Felicità in prestito”, in “La vita degli altri” by N. De Rinaldo and in “Quo vadis baby” by G. Salvatores. For Canale5 he took part in the soap opera “Vivere” and the sitcom “Casa Vianello”. In 2003 he played the role of Corradino in the fiction “Luisa Sanfelice” directed by the Taviani brothers. In 2004 he was actor’s coach in the fiction “Una famiglia in giallo” directed by A. Simone.
In 2005 he participated in the series “Don Matteo 5” directed by E. Marchetti and “La stagione del crimine 2” directed by D. Maiorca and he was a regular guest in the role of the likeable Nando in the 10th series of “Incantesimo” Raiuno. For the same network in 2015 he was in an episode of the series “E’ arrivata la felicità 2” directed by Francesco Vicario. From 1999 to 2010 he was Actor’s Coach for the fiction entitled “La squadra” (in which he also took part as an actor in the role of PM Lorenzo Menale) and “La nuova squadra – Spaccanapoli”. Over the years he has dedicated himself to the production, writing, interpretation and direction of all the works of the company he founded and directed “Artisti Civili” including the documentary “Anna Politkovskaja – Concerto per voce solitaria” and “Non cercare la logica dove non l’hai messa tu ”(2016), winners of several prizes. As part of the Troisi Prize, he was awarded the Cremanum d’Argento 2011. National Award “Carlo La Catena 2013” for civic commitment, with the high patronage of the Presidency of the Republic, the Ministry of the Interior, the Campania Region, the Province and The municipality of Naples. Italy Human Rights Award 2016 – Free Lance International Press. 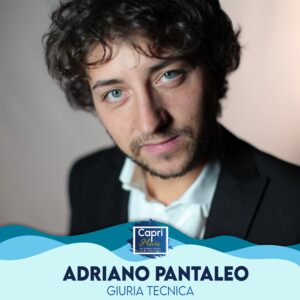 He was born on 9 September 1983 in Naples. In 1992 he made his debut in the cinema at a very young age with the films “Ci hai rotto papà” by Castellano and Pipolo and “Io speriamo che me la cavo” by Lina Wertmüller. He becomes famous playing the role of Spillo in the two seasons of the TV miniseries “Amico mio” (1993 and 1998), with Massimo Dapporto, with whom he returns to work in the two seasons of “Casa Famiglia” (2001 and 2003); in the last year he has also played the role of Pino, a young bartender, in the TV series “Il bello delle donne 3”. In 2008, 2010 and 2011 he took part in the three seasons of the TV series “Tutti pazzi per amore”, where he played Gennaro Capone (one of the water polo players trained by Paolo, Emilio Solfrizzi). In 1994 he conducted 24 episodes for RAI2 of Josleine’s “Il grande Gioco dell’oca” at Gigi Sabani’s side. He alternates roles in various theatrical performances including Giacomino in “Pensaci Giacomino” with Carlo Croccolo directed by Livio Galassi, in 2004. In the 2007/08 season and in the following one, she is Kitkat in Roberto Saviano’s “Gomorra” directed by Mario Gelardi, a show that has over 400 performances in Italy and abroad.
With this role, he won the Girulà award for best young actor. In the 2010 season he co-starred on stage alongside Marina Confalone in the show “Sam Capuozzo”. In the same year he is Sanguetta, protagonist of the show “La città perfetta” by Angelo Petrella directed by Giuseppe Miale di Mauro, with whom he made his debut at the Teatro Festival Italia. With this role he won the Landieri award as the best young actor of the 2010 season. In 2011 he was one of the protagonists of Roberto Saviano’s “Santos” show. In 2012 he is the creator of the theatrical show “Siberian Education” by Nicolai Lilin directed by Giuseppe Miale di Mauro. In the 2016/17 and 2017/18 seasons he is among the protagonists of the theatrical show “Il sindaco del rione Sanità” by E. de Filippo directed by Mario Martone. He is also among the protagonists of the film version, of the same Eduardiana work, which was in the official competition in Venice76, winning il Leoncino d’oro. He is currently busy on the set of “Natale in casa Cupiello” directed by Edoardo De Angelis.
In 2017 he made his directorial debut with his first short film “Sensazioni d’amore” of which he is also the protagonist. His first work in these two years has collected over forty official selections between Italy and abroad, winning several prizes. He is one of the founders of the Nest Napoli Est Teatro, which he has been managing its artistic direction since 2013. He is a partner of TerraNera, a young production company that already boasts several works with which it has been awarded 2 Silver Ribbons. He graduated from Sapienza – University of Rome, in “Performing Arts and Sciences”. 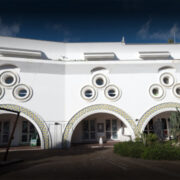 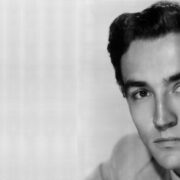 Capri Movie 2020: All the winners
Scroll to top